FoxFlash VS KT200, Which is Better?

What is the difference between KT200  and FoxFlash?Recently, everyone is very interested in FoxFlash and KT200, and they are also very curious about the differences between them. I've gathered some up-to-date information on these two products, and we'll explore their differences from different angles. 1. About FoxFlash supports offline and online functions The current software of KT200 has been updated to V11.01, but V11.01 does not support offline functions, and currently only supports online functions. But as far as I know, KT200 will release a new software version soon, supporting offline and online. We reserve our opinion on this, so stay tuned for the offline version of the KT200 software.FoxFlash is a product similar to KT200 on the market. There is no difference in appearance. In terms of function, FoxFlash supports offline and online, but I saw customer feedback on FB and forums that it does not fully support Offline, and some ECUs may support offline. 2. About KT200 and FoxFlash software The KT200 software has been continuously updated since its launch. V8.22-V10.01-V11.01 has updated two versions so far. KT200 manufacturers are also constantly optimizing the software. I don’t know if there will be a KT200 software update in December, you can look forward to itThe Foxflash software has been released, but I haven't seen much specific ECU testing. Subsequent FoxFlash should also continue to update the software. 3. Question about whether the device can be used on multiple PCs KT200 seems to have never said that it will limit the number of PCs until now. Although the device cannot be used on multiple computers at the same time, there seems to be no limit to the number of computers.FoxFlash only supports 6 PC. As far as I know, the number of PC-side supports does not seem to affect the security of the device, so I [...]

KT200 ECU Programmer VS PCMTuner, Which is Better?

Who is the KT200 ECU Programmer designed for?

KT200 ECU Programmer is used to read and write Engine Control Units (ECU) FLASH and EEPROM in OBD, bench, and boot mode in heavy vehicles. It is an innovative ECU tool. It is an updated tool of the KTM100 ECU programmer. Many mechanics think KT200 equals Kess V2 plus Ktag plus Gallatto and more tools. Who [...]

KT200 ECU Programmer Support ECU List Update July 2022 ChipTuningKit KT200 ECU Programmer keeps developing more ECUs and will provide more upgrades, below is the list of the KT200 ECU programmer’s latest ECUs and features added from VXDAS.com in July 2022. We welcome more feedback from users, and we will continue to work hard to bring [...] 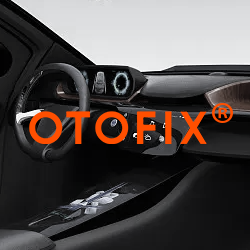